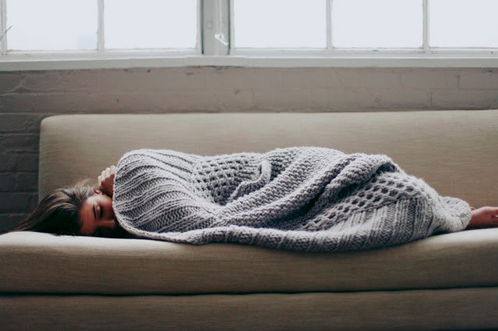 It’s been a rough couple of weeks, mood-wise. Again, nothing in particular to blame except for my faulty brain chemistry. This is just another reminder that all of the work I do in therapy, the medicines I take, the personal development I devote myself to, is not always going to be enough to manage this disease. I sometimes get complacent in periods of mood stability where I think, this isn’t so bad. Then, without fail, I am surprised by the fallout, as if this hasn’t happened a hundred times before. As I’m bouncing between mania and depression, it can be really hard to keep my eye on something still, which is the most disorienting side-effect of bipolar disorder.

I’m pretty familiar with these ups and downs, but the preceding events to my most recent upheaval were new to me: I was in a very demanding interpreting situation and emotions were running high — not necessary in the assignment itself, but in me, because I wanted to do well. Ultimately, I think I did: I walked out of the assignment feeling that my team and I had faithfully represented and maintained the message, and that we were as unobtrusive as possible. Typically, I might suffer from a bit of nerves before or during an assignment, but it dissipates once I’ve the assignment is over (unless, of course, I mucked everything up while I was in the hot-seat, but that’s a whole ‘nother blog). On this day, however, I walked out of that assignment as jangly as a skeleton on a string. My whole consciousness pinged like a struck piano wire. The anxiety was so great, I didn’t know what to do with myself, and ultimately, I experienced something very akin to what I’ve read about sub-drop. With no where else to go, the adrenaline in my system caused wide-spread emotional and mental shut-down. I was so wiped-out, it was all I could do to just get into bed and throw a quilt over myself.

Since that day, my mood and my energy level has been rather variable. I know it will get better, but I have to carefully tiptoe around that mental trap: “happiness is on the other side of this despair.” Because it really isn’t. Happiness is a thing you experience intermittently in the best of situations, and if you’re lucky, even in the midst of a depression. Happiness comes and goes just like everything else — it is not a destination, and no one has the right to 100% happiness one-hundred percent of the time.

So rather than try to convince myself that my happiness is waiting for me, if only I can push through and endure these difficult days, I am going to alter my narrative and focus on appreciating these days for what they are: a natural ebb and flow of positivity, unfortunately made more burdensome by my illness, and nothing more. If that means that I need to decompress by listening to Metallica at prohibitively high volumes after demanding assignments in order to burn up excess adrenaline before coming home to collapse into a cocoon of blankets, so be it. I empower you to do the same, and to be gentle with yourself — you are doing the best you can.